Get fresh music recommendations delivered to your inbox every Friday.

Kings For A Night 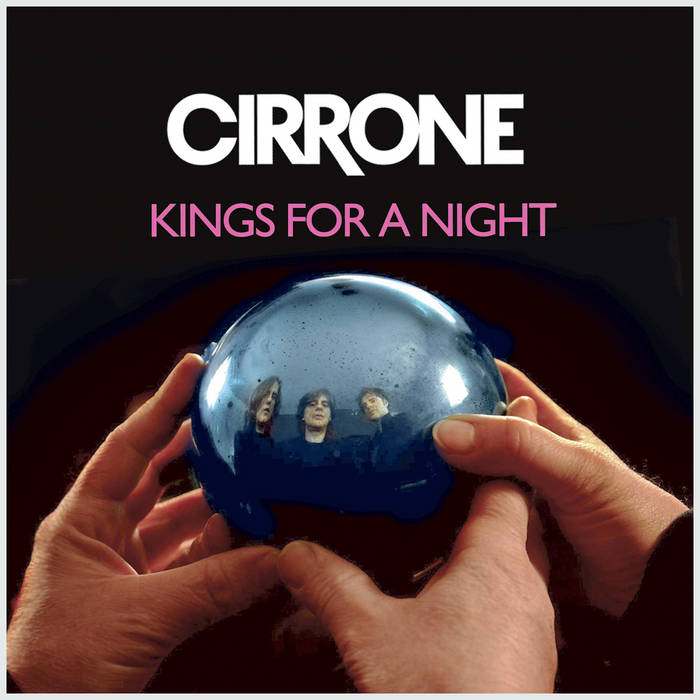 The new release, Kings For A Night, by Cirrone is a 5 track EP, comprised of a brand new single, plus 4 previously unreleased songs taken from the sessions of their worldwide acclaimed album "Uplands Park Road". The EP can be consider as a "bridge" to the next new album which is currently in a work in progress phase. The three brothers Alessandro, Bruno and Mirko decided it was the right time to give light to those tracks. Some of them needed to be refined, others were unfinished so they recorded some of the vocal parts again. They intentionally didn't want to add or change anything on the original instrumental parts. This was done just to offer the listeners a fresh portrait of the first studio immediacy.

Cirrone have conceived Kings For A Night for their fundraising campaign and it includes their new single called All Right All Night as the first track. This upbeat-dance-funky-rock song features a fuzzy vocal who sings about fights, nightlife and discos. The peculiarity of the song is without a doubt a huge choir chorus, a catchy pure earworm. The single was mixed and mastered in Los Angeles by Producer Todd Burke, (he had already worked on Uplands Park Road album) who gave the track a vibrant energy.

Everything's Fine Now, second song in the track list, is part of the set of the unreleased tracks. A fresh and straight upbeat tune sung by Bruno accompanied live by the rest of the band without any recording overdubbing. A positive mood pervades the whole track even though the line verses go: I tried to deceive you and You tried to deceive me. A fluid sequences of chords leads to a catchy three-part harmony chorus sung by the three brothers.

The third track, It's Gonna Be the Right Time has an uplifting vibe with Mirko on lead vocal. A pop ballad with a hint of bluesy acoustic guitars that lead to a three part harmony catchy chorus, guaranteed to have you singing along, a trademark feature of the music of the band.

Unforgotten Dream is a sweet ballad, which was originally written by Alessandro for a female voice as part of a musical score. Instead, the song was included in the UPR recording sessions but it has never been released until now. The vocal parts have been refined with new lyrics and a new chorus was added to create an emotional and heartfelt song that reaches out to the listener.

The fifth and last track of the EP, Loves Comes Again, is one of the very first compositions of the band written by a teenage Mirko when Cirrone were still called "Apple Scruffs". Almost 6 minutes long, the song is distinguished by a strong British sixties flavor in the style of The Kinks. The positive mood is contrasted by minimalist and nostalgic lyrics. The happy 2/4 swing beat dramatically changes into a mind blowing psychedelic guitar solo surrounded by stereo ambience effects. In anticipation of the vinyl release, the brothers really like the idea of this long guitar solo played on a vintage record player.

Bandcamp Daily  your guide to the world of Bandcamp